Eagle Scout honor is another example of how CTE students soar 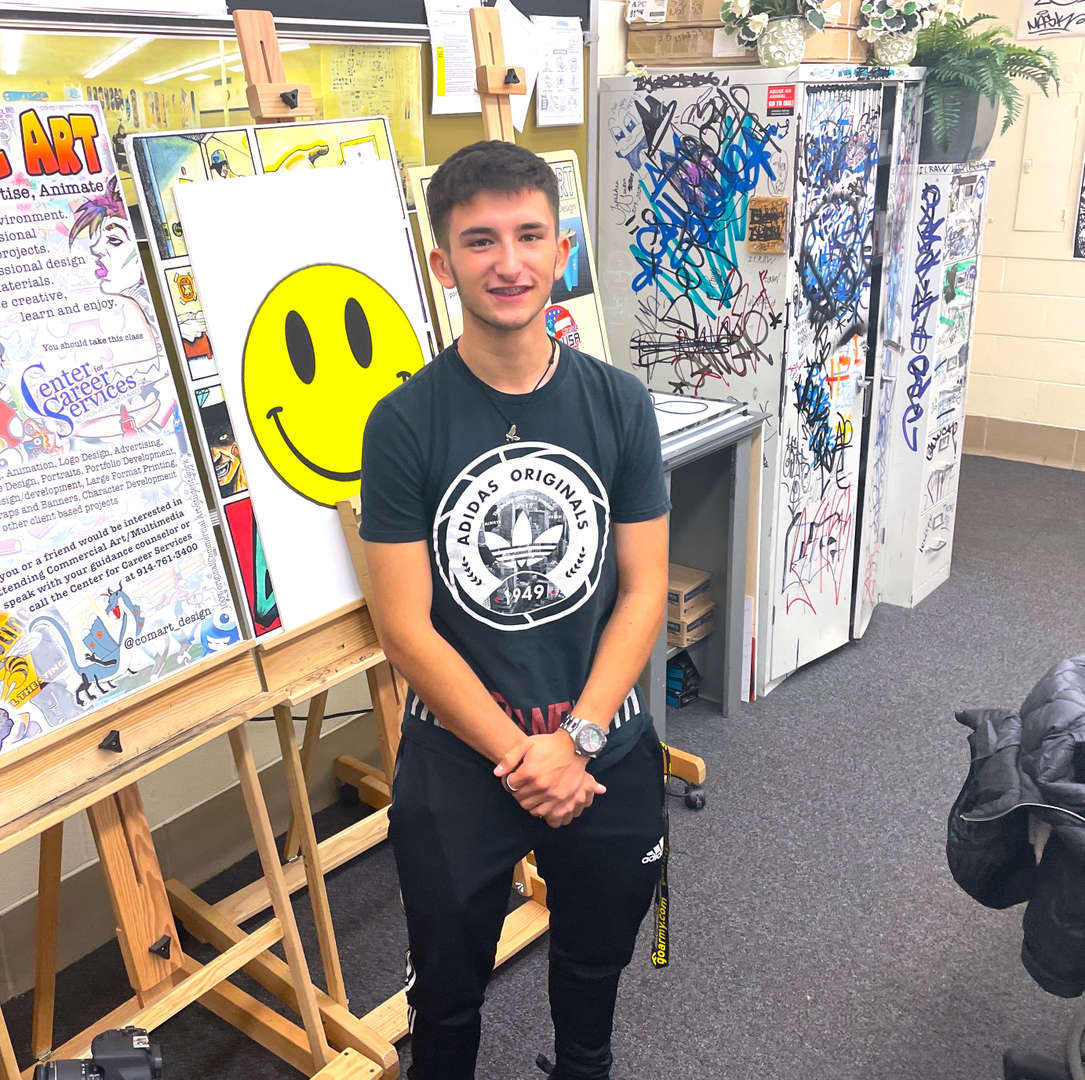 Fewer than 4 percent of Boy Scouts achieve the prestigious rank of Eagle Scout. Ayden Stelling said neither his father nor grandfather, both Scouts themselves, did so.

Ayden vowed, however, that he would become the family’s first.

“I promised my grandfather on his deathbed four years ago that I would be the first one in the family to be an Eagle Scout,” he said. “It was a promise that meant a lot to me.”

A senior from Valhalla and a second-year student in Teacher Damian Powers’ Commercial Art class, Ayden learned recently that he would become an Eagle Scout. His scouting experience, he said, has been a journey that changed his life.

Mr. Powers credited Ayden's “hard work and perseverance” for the strides he has made in Commercial Art and for the Eagle Scout Award, which he called “a gigantic accomplishment.”

“I think it’s important to have interests outside of school,” Mr. Powers said. “But when you’re working toward developing your career goals and on top of that you put on the extracurricular activities, it makes you that much more marketable to the field of work or to a college.”

The Career and Technical Education programs at Southern Westchester BOCES boast honors students, star athletes, talented musicians and many other high achievers who happen to be pursuing their career ambitions. An Eagle Scout is another example of the diversity of interests and accomplishments of students here.

Ayden said he would advise anyone considering a CTE program to enroll in their field of interest. “I love it here,” he said.

He completed his Eagle project, an outdoor table and patio at the Easter Seals Project Explore location in Valhalla, in July. “I got the idea because I wanted to give back to them for what they did for me because I was a part of their after-school care program,” he said of Easter Seals. 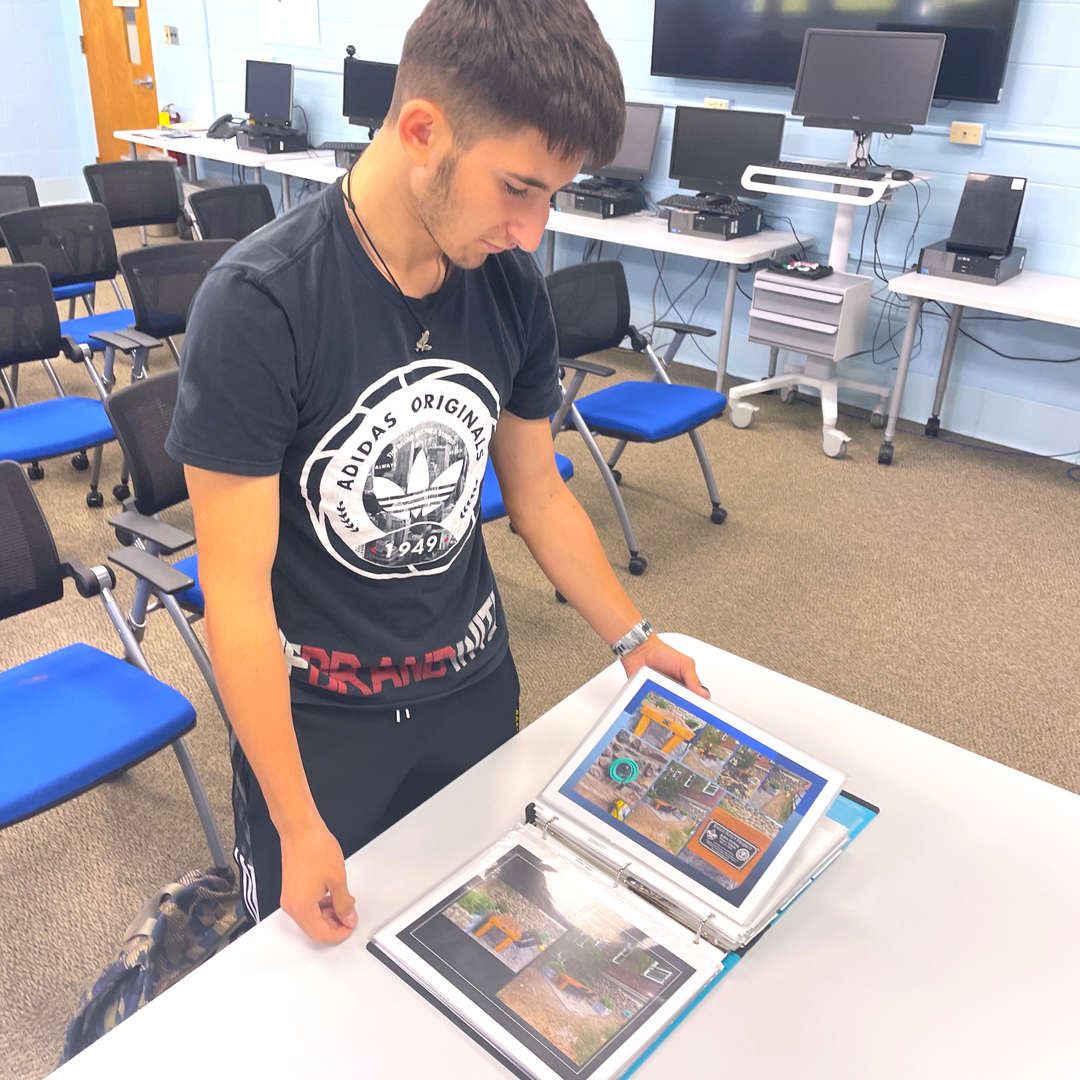 He recalled how staff members didn’t always have a place like this to eat lunch. The patio area is cordoned off with stone. He built the table himself.

He shows off a thick green binder filled with laminated pages of notes, plans, photos and receipts documenting every step of the project. He used his Commercial Art skills to design a poster advertising his project’s car wash fundraiser. A GoFundMe page also defrayed costs, which he estimated at around $2,200.

As a senior patrol leader, among other leadership positions he’s held in his troop, Ayden was able to recruit younger scouts to assist with the project. He recognizes that it was a major undertaking, one he is proud to have completed.

“It was huge, and I didn’t want to give up,” he said. “I had my grandfather in my mind because I promised him that I would finish it.”

The table bears a plaque commemorating the project to his grandfather.

Ayden’s goal one day is to own his own barber shop. He hopes to pursue training as well as study business management in college.

“I’m working on a dream right now," he said. "Everything is coming along. I’m working hard just to get where I want to be.”