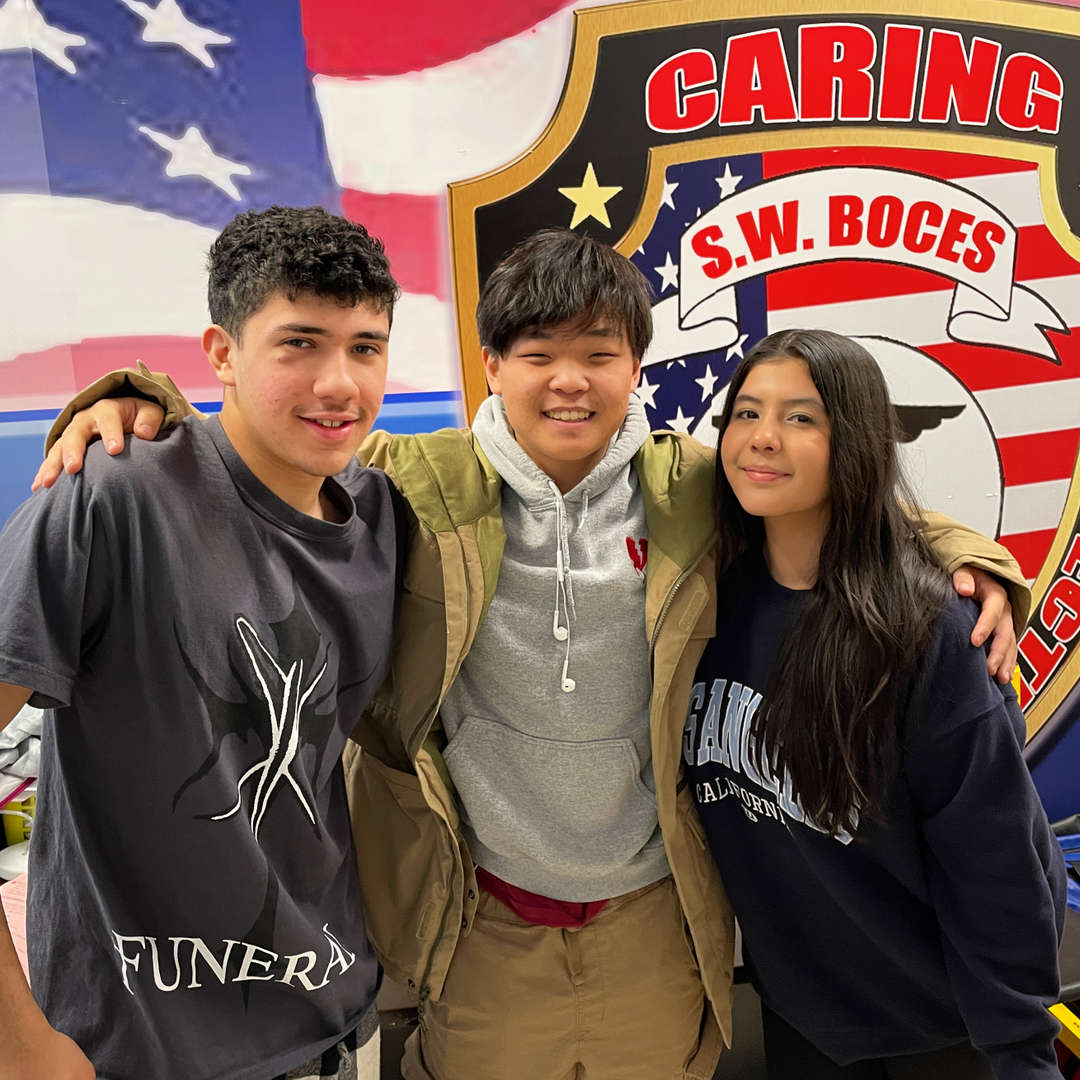 The others include: fellow EMS students Alyssa Carasquillo of Harrison, Emily Ferraro of Edgemont, and Amara Osei of Greenburgh; and Animal Science students Samantha Salvador of Edgemont and Jose Cornelio of Arsdley. Teacher Ray Sulla, who chairs the campus’s fall conference committee, attended as well.

“You got to meet other people and make connections, and you get to be a part of this organization,” Kaliyani said.

The conference focused on teaching leadership skills and provided networking opportunities with students from schools across New York State. Workshops featured icebreakers and a variety of other activities.

Brianna said attendees were encouraged to put their leadership skills on display. Joining HOSA has helped her learn a few things about herself, she said. One of the things she learned is that she’s comfortable with public speaking.

Brianna wants to become an EMT and a Paramedic but eventually hopes to become a trauma surgeon. The EMS class is preparing her and her classmates with a foundation for that career path. Besides basic life support skills, she said, they are learning to work as a team.

She said she’s glad she chose to come to SWBOCES.

“It really helps you jumpstart your career,” she said. “It’s about knowing what you want to do, you like it, and you want to start doing it now.”

Connor is looking at a similar career path with the same ultimate goal of becoming a trauma surgeon. He has a knack for this line of work, he said, adding, “I like helping people.”

Mr. Del Greco said the conference is an opportunity for growth for his students.

“In this case the conference was about focusing on leadership,” he said, noting the larger spring HOSA conference is centered around skills competitions.

Some of those who attended last week may seek statewide office with HOSA next year. Others are current chapter officers.

“If you think about it,” Mr. Del Greco said, “any health career is about leadership because at some point you’re educating people on their own health. To get to that point you have to be able to lead other people.”

“Leadership is a core trait that our students will need in their healthcare careers, and they already show that they are beginning to develop those skills,” added Mr. Sulla, the HOSA Advisor. “Membership in HOSA and attendance at events like the recent conference reinforce and further grow those skills. I’m excited to see that continue as they continue in their CTE programs.”