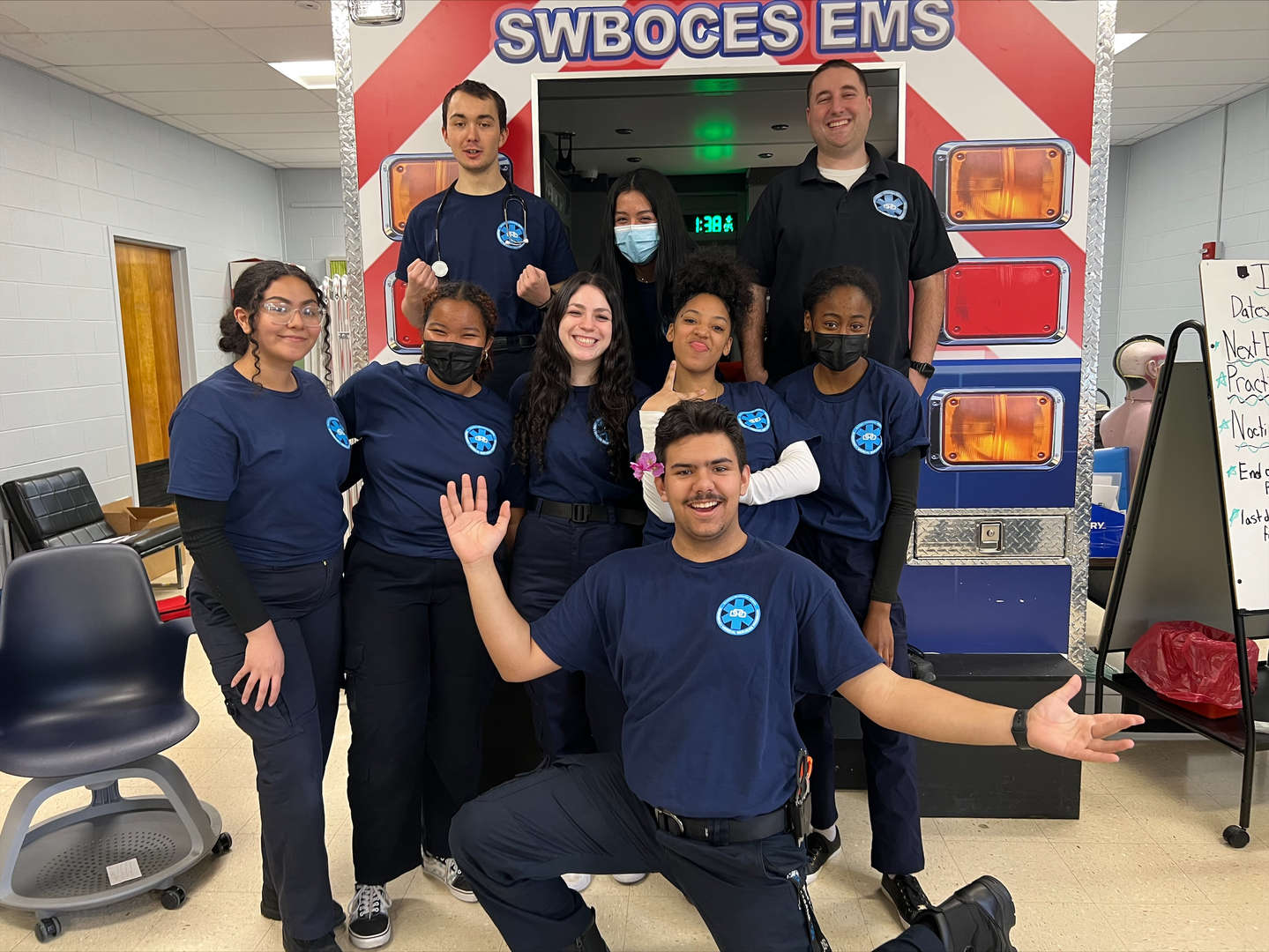 Several of the students are expected to take part in the national competition in Nashville, Tenn., in late June.

“I’m learning a lot, and it’s my favorite class of all the classes I’ve ever taken,” Emily Ferraro from the EMS program said.

A first year student from Edgemont, she found the competition exciting even though it was changed to a virtual event. “You had knowledge of what you were walking into, but it could have been a multitude of different scenarios. So you kind of just had to think quickly on your feet and act accordingly,” she said.

Alyssa Carrasquillo, a first year EMS student from Harrison, admitted she was nervous going in, but she and her partner worked through the challenge together. The scenario was entering a McDonald’s and encountering someone who is choking. She came prepared to show her skills on a mannequin, but the challenge was actually an oral presentation. The end result showed her something about herself.

“It tells me I can do a lot if I put my mind to it,” said Alyssa, who plans to study psychology in college and work as an EMT on the side.

Mr. Del Greco’s said his students reacted with surprise that the competition wasn’t even more challenging than it was..

“I said, that’s what it feels like to be over-prepared, and that’s how you want to approach all of this,” he said.

They perform weekly skills practice, mixed with lectures, vocabulary and other foundational work. For something like CPR, he said, it needs to become  muscle memory.

He teaches first and second year students with a goal of certifying them as EMTs so they can go right to work. “Any time I can throw a curveball at them I try to do it because I want them to not be super-comfortable with it,” he said. “It’s hard. It’s real life.”